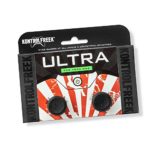 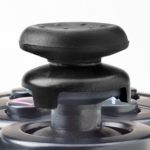 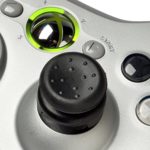 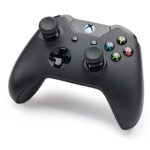 KontrolFreek ULTRA, our most popular PS3 and Xbox 360 controller accessory, is now available for the Xbox One and PS4. Trusted by numerous casual and professional gamers, the KontrolFreek ULTRA thumbstick extender was developed for the sole purpose of enhancing your gameplay experience. The result has become somewhat of a legend. By increasing the length of the analog sticks slightly, control is improved dramatically. A controller outfitted with KontrolFreek ULTRA provides a range of motion increase of over 40%, giving you the ability to make smaller, more precise in-game movements. This affords the luxury of turning up controller sensitivities to maximum levels so you can turn on your opponents faster and gain the upper-hand during intense gun battles and sword fights. KontrolFreekFreek ULTRA also gives you better control while requiring less force – alleviating thumb-fatigue – and adding more comfort to long gaming sessions. In short, this increased precision and decreased thumb-fatigue results in a better way to game. In the competitive world of online gaming, you’d be crazy to play without the KontrolFreek ULTRA KontrolFreek ULTRA is designed to fit the Microsoft Xbox One and Xbox 360 controllers, the Sony PS4 and PS3 controllers, and will also fit many third-party versions.
Better control = Higher accuracy in FPSs
More grip, less thumb fatigue
Higher sensitivities mean superior kill rates
100% Tournament legal
Xbox One compatible