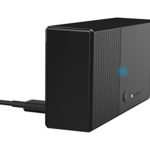 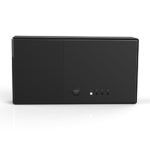 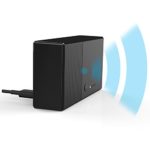 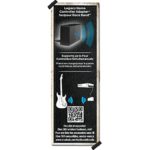 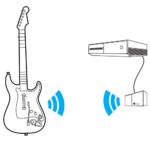 Rock Band 4 delivers the ecstatic rush of a live a band performance like never before. Combining next-gen visuals, an expansive soundtrack featuring some of rock’s biggest acts and compatibility with previously purchased DLC and wireless legacy Rock Band wireless guitars and drums. The Rock Band Legacy Game Controller Adapter enables fans of Rock Band on Xbox 360 to seamlessly use their existing wireless guitars or drums with Rock Band 4 on Xbox One. With quick and easy set-up, four player support and the ability to combine both new and legacy controllers, the Legacy Game Controller Adapter enables players to get the most out of their Rock Band 4 gameplay experience.
Get Ready To Rock: Play Rock Band 4 for Xbox One using your existing wireless guitar and drum controllers from previous editions of Rock Band for Xbox 360
Use The Instruments You Already Have: Seamlessly supports most legacy wireless guitar and drum controllers from Rock Band as well as most third party wireless instrument controllers
Four Player Multi-Platform Support: Up to 4 players can all rock at the same time. Mix and match controllers, too. You can play RB4 on Xbox One with legacy Xbox 360 wireless controllers and new Rock Band 4 controllers
Quick and Easy Setup: Plugs into your Xbox One Console’s USB port. Establishes a link between Xbox 360 wireless controllers and Xbox One Console with a few button presses
Low-Profile Design: Roughly the size of a deck of playing cards. Blends in with your home entertainment center