Command your Xbox and TV with your voice (examples include “Xbox On”, “Xbox Watch TV”, “Xbox Go to Amazon Instant Video”, and more).
Broadcast gameplay live with picture-in-picture using the Twitch Xbox One app.
Make Skype calls in HD on your TV using the Kinect. 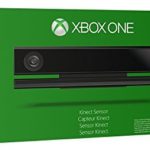 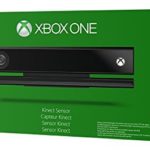 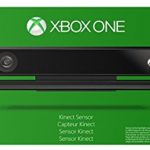 Command your Xbox and TV with your voice (examples include “Xbox On”, “Xbox Watch TV”, “Xbox Go to Amazon Instant Video”, and more).
Broadcast gameplay live with picture-in-picture using the Twitch Xbox One app.
Make Skype calls in HD on your TV using the Kinect.
Play games where you are the controller and work out smarter with Xbox Fitness.
Compatible with Xbox One S with Adapter: Kinect for Xbox One is compatible with Xbox One S via the Xbox Kinect Adapter for USB. For customers that currently own a Kinect for Xbox One and plan to purchase the Xbox One S, Xbox is offering a free Xbox Kinect Adapter. Visit xbox.com/XboxOne/KinectAdapter for more details.
Includes a token for a full-game download of Dance Central Spotlight included in the box.